Swimwear is powerful. Aside from the occasional overalls or jumpsuits it’s the only time most men wear only one item of clothing. Your style is honed into one singular garment. Is your preference for trunks leaning towards a roomy board short, or maybe you prefer something barely there? No wrong answers here, folks, nor any dictum that says you got to look a certain way to wear a certain thing. If you’re most comfortable in something baggy then that’s cool. You got a belly and want to keep things brief? I say more power to you, and I’d recommend adding a few gold chains around your neck for the world’s most powerful look. It’s pretty much all acceptable these days, but it didn’t used to be.

Much like the history of shorts, swimwear was at the mercy of the modesty police. And, much more problematically, the actual police. You see until the 19th century most swimming or bathing was done naked because, well, why not? Recreational swimming wasn’t really a popular pastime, so if you were swimming it was probably for a purpose and not for a chill day at the pool. People had, like, pigs to raise and ore to mine and shit like that, way too busy for a refreshing dip. But then people started getting these fancy ideas of “vacations” and a boon in swimming came about in the 1800s.

However, as with just about everything in those days, there was the issue of decency. As more people flocked to the beach where – gasp – men AND women cavorted, the powers that be put laws on the books prohibiting the baring of most skin. Just imagine the scandal if a woman saw the top of a man’s shoulder! And this is why they’re known as swimSUITS, because you truly had to get suited up to swim. A lot of antique clothing can still look cool in the right circumstance, but those old-timey striped swimsuits with the full sleeves are about as retro-fabulous as a case of polio. 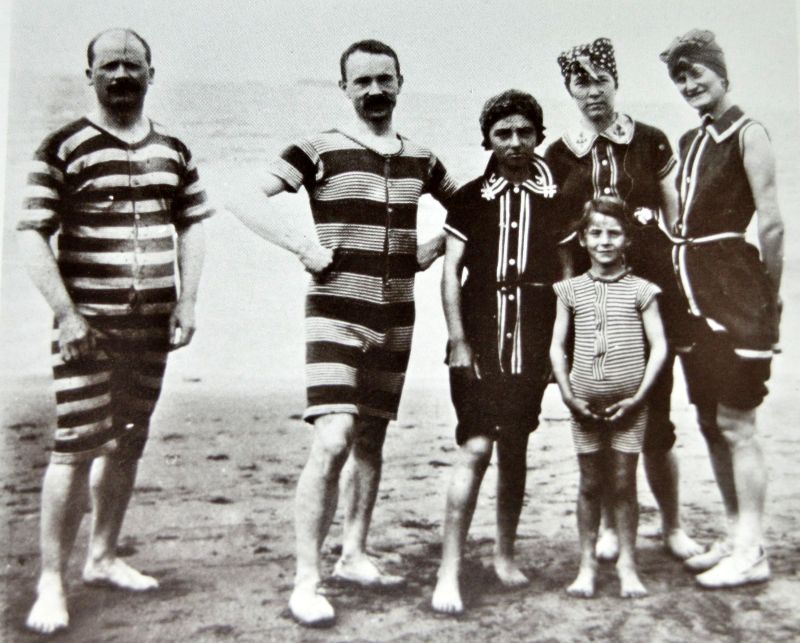 Considering people had to swim in these outfits often made of wool, which dries quicker than cotton, these styles didn’t last long due to their cumbersome bullshit. The leg hems made their way north of the knees the sleeves came off resulting in a sportier singlet, the kind you might see donning an Olympian swimmer in black and white photos. But even this one piece suit for men wasn’t long for this world. Laws about skin baring lifted around the 30s and by the 40s men’s chests fully saw the light and the great shortening of inseams began! 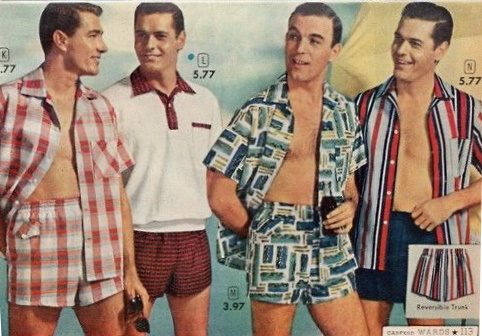 You watch some “Beach Blanket Bingo” era surf movies and you’re sure to see some swim trunks that didn’t go too far down the thigh. That was the point! You see, women’s swimwear was similarly loosening its moral restraints allowing for tighter fits, and suddenly everyone realized that the beach was a sexy place. Took them long enough. While men’s trunks may have been more high-waisted, as befitting the tailoring of the time, you can be damn sure the Greatest Generation was looking to show some quads.

It helped that a revolution in synthetic and semi-synthetic fabrics was underway. Rayon, spandex, and eventually polyester were coming to market and allowing for quick-drying, form-fitting, and sporty new designs. In fact, you may not know his name but you damn well know the legacy of Peter Travers, pictured below with an amazing mustache, who was hired by an Australian sportswear company to make new designs. His big idea? The “swimming brief,” or “budgie smuggler” in its native dialect. And thus, that Australian sportswear company, known as Speedo Knitting Mills, would become synonymous with cheeky gents the world over. 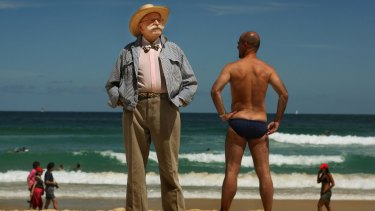 The next biggest change would come in the 90s, when board shorts rose in popularity as part of the “all baggy everything” style of the decade. Nowadays, while board shorts still line shelves, they intermingle with trunks that are short and baggy, or long and tight, or any number of combinations of style and fit. And so our glorious age of options was born, free of stodgy beach cops pulling out tape measures to see if too much thigh was exposed. Let’s all wear thongs to celebrate! 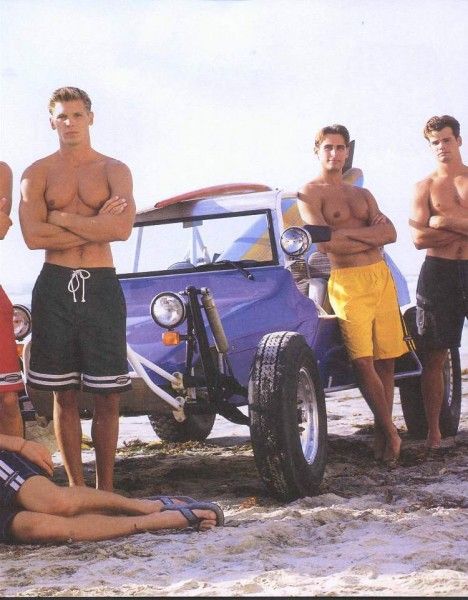 Oh, you looking for some swimwear buying advice? Sure, why not. Insomuch as there’s a “formality” to swimwear, I guess you could argue that the kind with button closures, zip flies, and side tabs are more commonly found on the yachts of old money Europeans or Daniel Craig’s James Bond, but to say that they’re somehow more appropriate than other cuts is dishonest. Not that we’re advocating for any nut crunching if that’s not your mood but you’d legit be surprised how flattering swim briefs can be on different body shapes and sizes. Remember, Speedo only makes a small fraction of the world’s swimming briefs, despite having the Kleenex or Band-Aid brand name association, so there are plenty of different cuts until you Goldilocks your way into your preferred pouch for the twig and berries. Pair whatever you decide with a camp collar shirt and you’ll be golden all summer long.